The Aleutians East Borough School District is located in Southwestern Alaska along the Alaska Peninsula and Aleutian Chain, between Kodiak and Unalaska/Dutch Harbor.   Sand Point, AK, the location of the District Office, is approximately 550 air miles to the southwest of Anchorage, AK.   The School District was formed in 1988 from smaller districts who consolidated to form a Borough with taxing authority.  The Borough and District boundaries are the same, and stretch over approximately 15,000 square miles.  More than 2,700 residents inhabit the area, with a school district population of approximately 250 students. 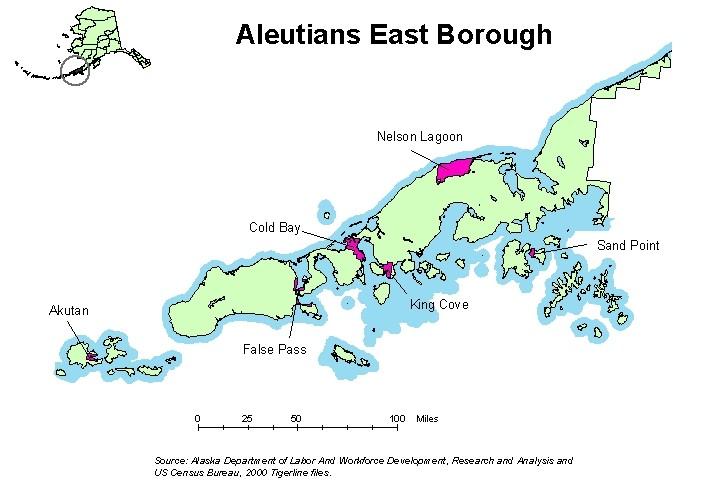